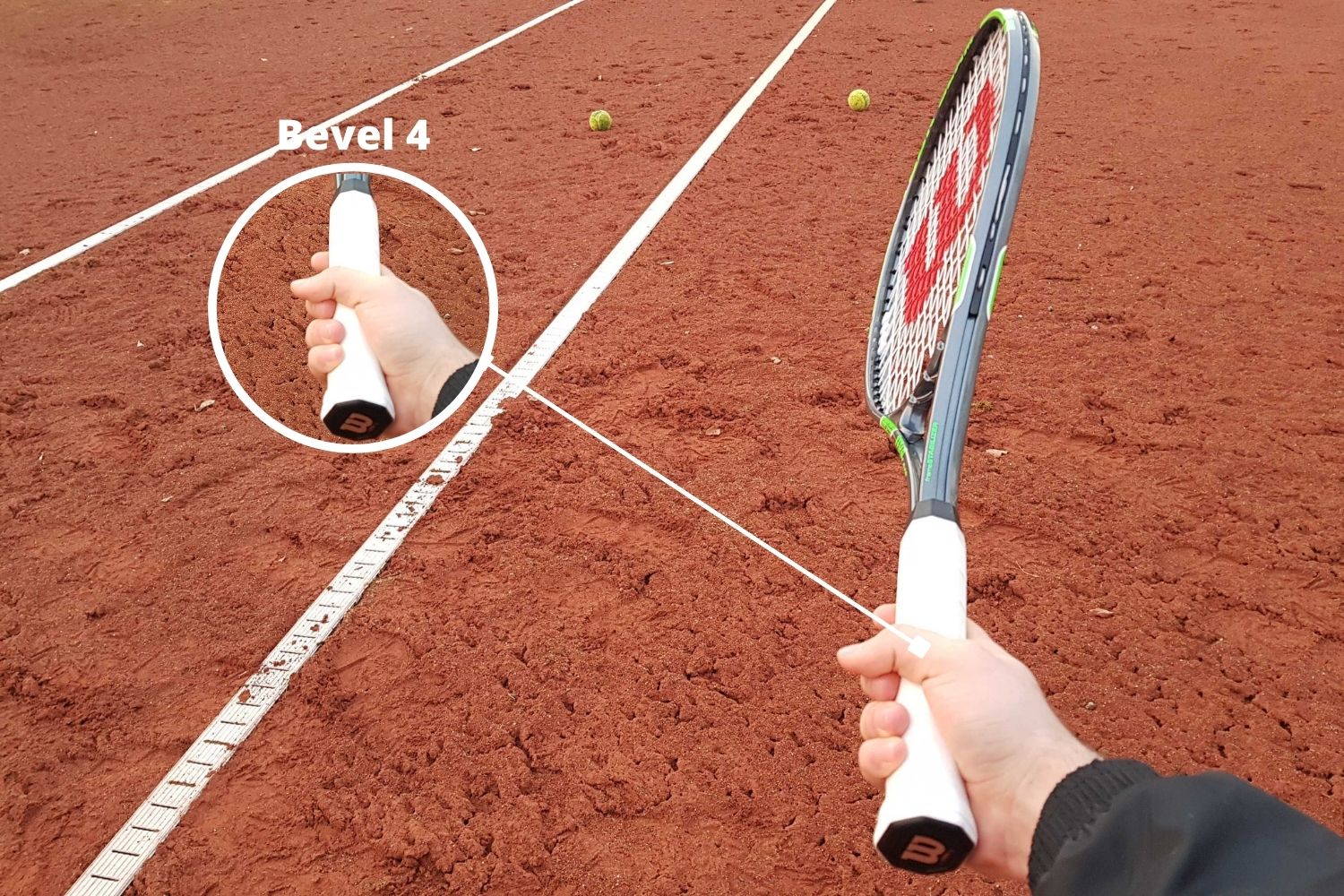 Tennis evolves through time, just like anything else, and so do its components. Similarly, the way you hold a racket also evolves, which is why the semi forehand grip was created.

With higher competition, players need to switch up and do something different to stand out. The semi western grip was an innovation that helped many players play more aggressively while still maintaining a large margin for error. Do you want to learn more about it? Follow along!

How To Hold A Semi Western Forehand Grip

To hold a semi western forehand grip, first, you need to direct your attention toward the tennis racket’s handle, which will guide the position of your hand. As you may already know, the handle of a tennis racket isn’t completely cylindrical or smooth around the edges.

The handle instead forms an octagon shape, which will help you with your grip, as it makes it harder for the racket to slip out of your hand and makes for a good reference point for the different ways you can grip it.

We will give each of these eight sides or bevels a designated number from one to eight, with the one being the top side of the handle, going clockwise. You will want to place the palm side of your index finger’s knuckle against the fourth bevel if you are right-handed and the sixth bevel if you’re left-handed.

If you’re a beginner player, the semi western grip might feel a little uncomfortable for you at first. This is very normal for new players, so feel free to try out some other grips, such as the eastern forehand grip, to see if it feels somewhat more comfortable for you.

Most players start out with either the semi western or the eastern and work towards learning other grips. Still, it is alright for you to experiment and find what you’re comfortable with.

The semi western grip is extremely versatile and offers a wide variety of advantages. In a way, it is a combination of the western forehand grip and the eastern grip. It gives you many of the advantages of both of these grips while also limiting the number of drawbacks.

The relatively close racket face-on contact makes it easier for a player to generate spin simultaneously. Additionally, it allows players to flatten out their shots whenever needed. This extra ability to generate spin aids people in hitting higher over the net and still landing the ball into the court.

Having more net clearance also provides a bigger margin of error, which players can use to hit more aggressively from the baseline.

The closed face-on contact also makes it easier to deal with higher balls, though it may cause some problems with very low-bouncing balls. This makes the grip well-suited for hard courts and clay; however, it might cause minor problems on grass. Nevertheless, considering all this grip’s positives, this is quite a small downside.

There are a few more general downsides to the semi western grip that you might encounter despite the court you’re playing on.

First, transitioning from a forehand to a volley might prove difficult for some players. If you were entering the court with a forehand approach shot and wanted to continue forward to hit a volley, you would be forced to quickly rotate the racket’s handle while performing the split step moving forward.

Though this might sound difficult, it is mostly a problem when you’re starting out. With some more practice and experience, this drawback is quite easy to overcome.

As briefly mentioned previously, the other drawback is that dealing with extremely low balls might be a difficult task, especially while playing on grass or carpet/astroturf courts. This problem is because the semi western grip forces players to hit under and over a ball to generate topspin.

Once again, after spending some time with this grip, it is quite easy for players to get used to this drawback and learn to adjust their shots to handle lower balls. You can achieve this by going for a sidespin hook, deciding to slide, or changing to another grip like the eastern. That will allow you to flatten out the shot due to its more neutral nature.

Which Pros Use the Semi Western Forehand Grip

The semi western forehand grip is one of the most popular grips in modern tennis. It is currently one of the most frequently used grips by many of the best tennis players in the world.

It is notably used on the men’s tour by Novak Djokovic, Rafael Nadal, Andy Murray, and Stan Wawrinka, and many others. It is used by players such as Venus and Serena Williams, Maria Sharapova, Simona Halep, and Naomi Osaka on the women’s side.

Should I Use a Semi Western Forehand Grip?

Like any other grip, one player might prefer a certain grip, while the other can find it too uncomfortable. It is hard to tell which grip suits which player the best. However, it is definitely advantageous to at least practice using a semi western forehand grip because it will help you to stay in points consistently throughout the game.

Additionally, when other players start hitting the ball with increased topspin, this grip will allow you to compete with them. You can definitely give it a try and maybe compare it with other grips to see which one feels more comfortable for you and how hitting the ball feels with each of them.

There will still be many situations where you will need to adjust your grip just to hit a particular shot, so there isn’t just one grip that will be perfect for every situation you may encounter.

As mentioned above, players like Novak Djokovic use this grip. It is definitely one of the most popular grips used today. This means that you can’t go wrong with trying it out and learning it, even if you will later switch to a grip that suits you better personally. The semi western grip is a reliable grip that’s not too extreme or too conservative, so you will likely find a good use for it either way.

Q: How does hitting with a semi western forehand grip affect spin on the ball?

For drop shots, players can use their wrist to create a spinning motion on the ball while hitting with the semi western forehand grip. Again, it may take some practice, but it is definitely possible to hit these types of shots using this grip.

Q: Can semi western forehand grip be used for all types of shots?

The semi western forehand grip can be used for all types of groundstrokes, but it’s not ideal for volleys or serves.

The semi western grip works well for groundstrokes because it gives you more power and control than the eastern forehand grip. It also helps you to stay on the ball longer, which is important for defensive shots. However, the semi western grip isn’t as good for volleys or serves because it’s difficult to generate spin with this grip.

Q: What role does footwork play when using a semi western forehand grip?

Footwork is key when using a semi western forehand grip because it gives you more power and enables you to hit the ball in different directions. 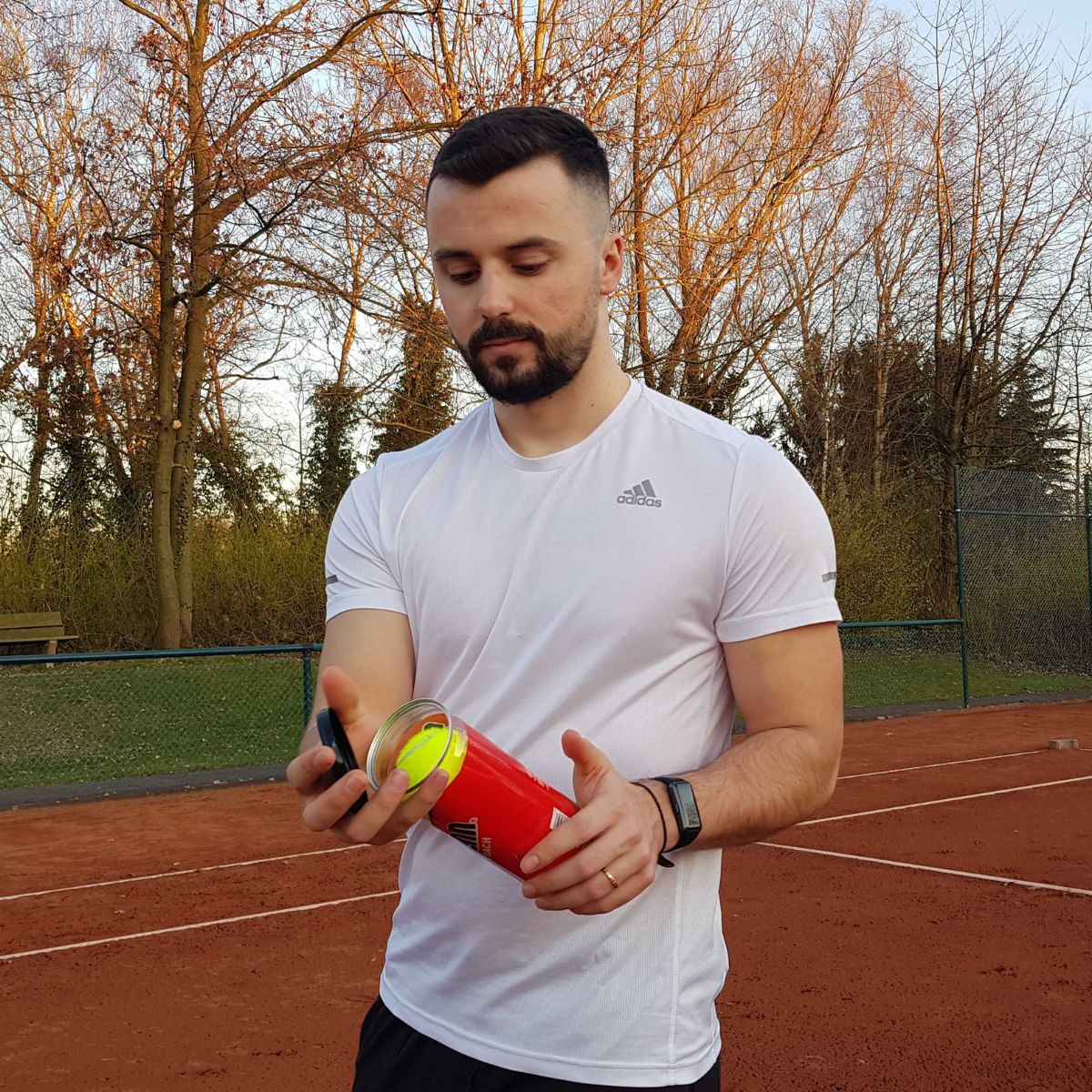 I am Mario, a professional tennis player and a USPTA certificated tennis instructor.