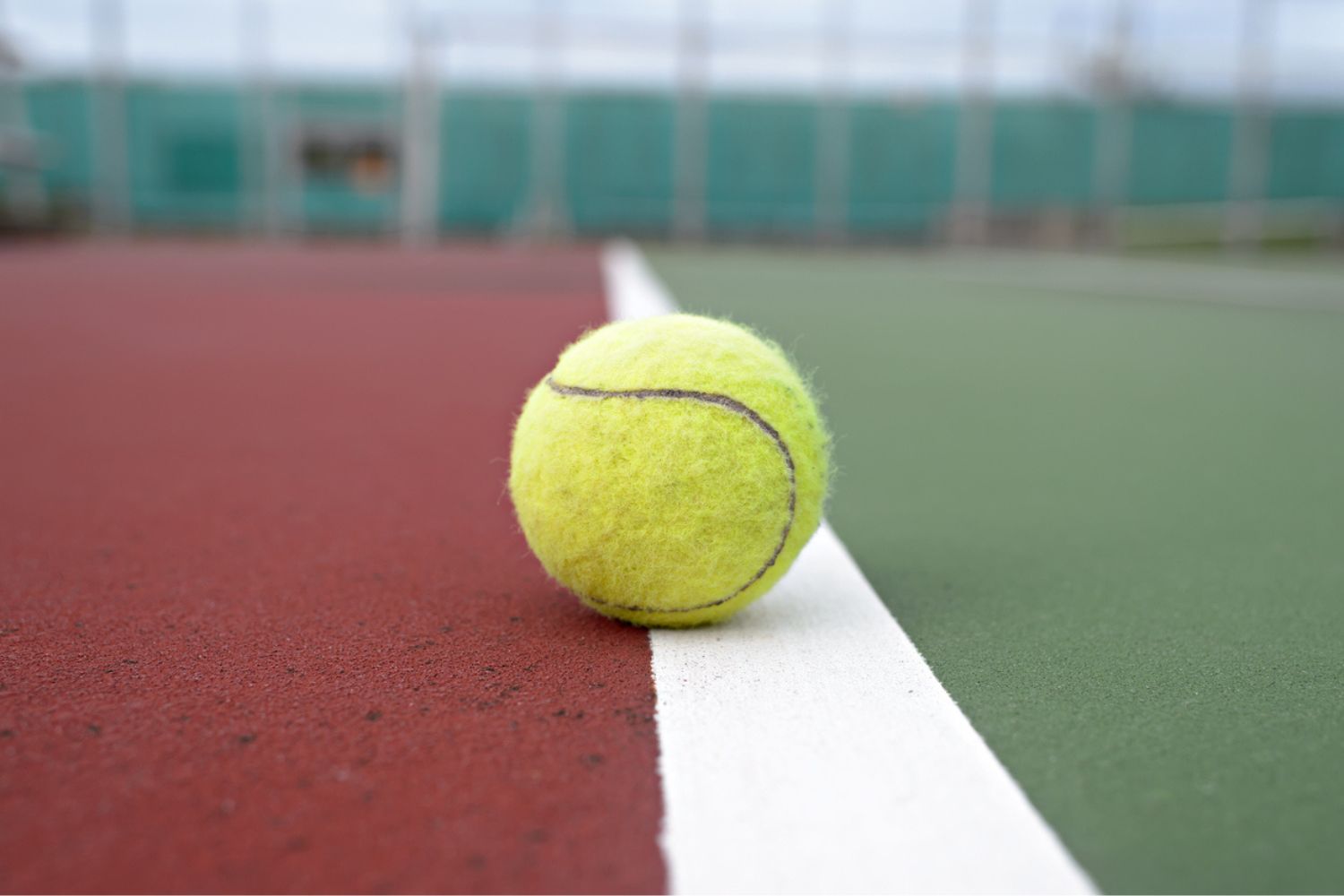 What color are tennis balls? That sounds almost childish to ask, and as someone who has played tennis forever, I was pretty sure the answer was yellow when I voted for a random online survey. What a silly quiz, I remember thinking as I waited for a few seconds for the results to show on my screen.

Much to my shock, 52% had voted that the ball was green. Only 42% were seeing the same color as me apparently, and there were others that, for whatever reason, had voted for “other.” Needless to say, I was in shock. Was I colorblind, or having some trouble with my vision, or were others in the wrong here? That simple, silly quiz on a Friday afternoon got me into a dilemma I never knew existed, and I needed to know the true tennis ball color.

There was only one way to find an answer; by seeking knowledge, and what I found was fascinating, at least in my opinion. In this article, I summered all the scientific explanations behind this, so if you are curious too, keep scrolling.

What Color are Tennis Balls?

The only colors officially approved by IFT for tennis balls are white and optic yellow. The tennis ball color code, according to the Colorhex, is ccff00, which falls into the category of “electric lime” or “fluorescent yellow,” hence the controversy.

By now, you might still be confused and still wondering what color is a tennis ball. Green or yellow? And if the official color is yellow, then why do so many people don’t agree with this? As always, science has pretty good answers that give a reasonable explanation for this dilemma.

Surprisingly, the test labs to determine the color show that it is both green and yellow. Even more confusing, huh? Let me explain.

According to science, objects don’t actually have a color. They only radiate electromagnetic wavelength that falls into the visible spectrum. So, in other words, what we define as color is simply the perception of light wavelength by the human eye, and our brain responds to it by determining what color is seeing.

Physicists have determined that between the range of 520 to 560 nanometers, the light reflected on the objects is “green,” while for “yellow,” the wavelength ranges anywhere from 560 to 590 nanometers.

In the spectrum of light, the color green and yellow are next to each other, so this is one of the reasons why people confuse these two. The light reflected on regular tennis balls is at 535 nanometers at its peak, which falls in the green spectrum when it reaches its peak, but is not defined.

The wavelength also reflects on the yellow grade range, even though with the least definition. According to test lab results, the color of a tennis ball can be more accurately defined as “chartreuse,” which is in between green and yellow. Some also call the chartreuse color greenish-yellow or yellow-green.

The original color of tennis balls was white, and it remained so until 1972 when the world was first introduced to color television. Tennis fans were on the rise while the new technology was spreading fast, so the ITF went on a quest to ensure that they produced a ball in an easily visible color.

They ran many experiments until they came up with the now iconic optic yellow color. The only goal was that the ball could be seen clearly by the audience on a color television screen. The reason why these color works are due to the high chroma, or in other words, colors that lack any hint of witness or gray and are very bright. In case you are wondering, the greenish-yellow color is one of the best examples of high chroma.

On the online encyclopedia of color, ColorHexa, the tennis ball color code is ccff00. This is the most common way to determine a color palette; however, you can always refer to other systems to settle the balls’ exact color code.

According to the Hex Color system that ITF uses, the code is dfff4f. Hex is a simple system that uses a combination of blue, green, and red to grade a specific color. In the Hex system, a tennis ball’s color is electric lime or fluorescent yellow.

In the RBG system, which is used for coding, the tennis ball color is graded among the green shades. The RBG color code is 223,255,79.

What would happen if you sampled a tennis ball pic to try and find out the color grading with photoshop? Well, I tried to do this and others before me as well, but the answer isn’t crystal clear in this case, either.

The color was yet again between green and yellow; however, I did notice that it tends to lean more towards the greener shade.

The people’s opinion isn’t very helpful either in deciding once and for all about the color of a tennis ball. In a Twitter poll on the SB Nation page, 65.5% voted for yellow and 34.3% for green. However, in another thread, 50.2% voted for yellow and 49.8% for green. Assuming that all the votes came from unique users, it’s pretty clear that different people are seeing two different colors.

Well, that is because the human eye’s perception of color depends on its ability to discount color. Some people can discount cool color palettes like blue and green, while others discount warmer tones like orange or yellow.

What do professional tennis players think about this issue? Some fans occurred to ask Roger Federer himself about the color of tennis balls. After years and years on the court, between training and winning trophies, Federer answered simply “yellow” without hesitation.

The video of the tennis star smiling at fans grabbed attention on Twitter immediately; however, it didn’t end the dilemma. While many people look up to Federer for his amazing athletic skills, they still see green whenever the camera focuses on the ball.

Are Tennis Balls Green or Yellow?

You made it here, and still aren’t sure what color tennis balls are? While the official color is optic yellow, there is no right or wrong answer. Whether you see green or yellow, in both cases, you are correct. The way you perceive color is based on the light reflection on the tennis ball and also the way your brain “translates” wavelength into colors.